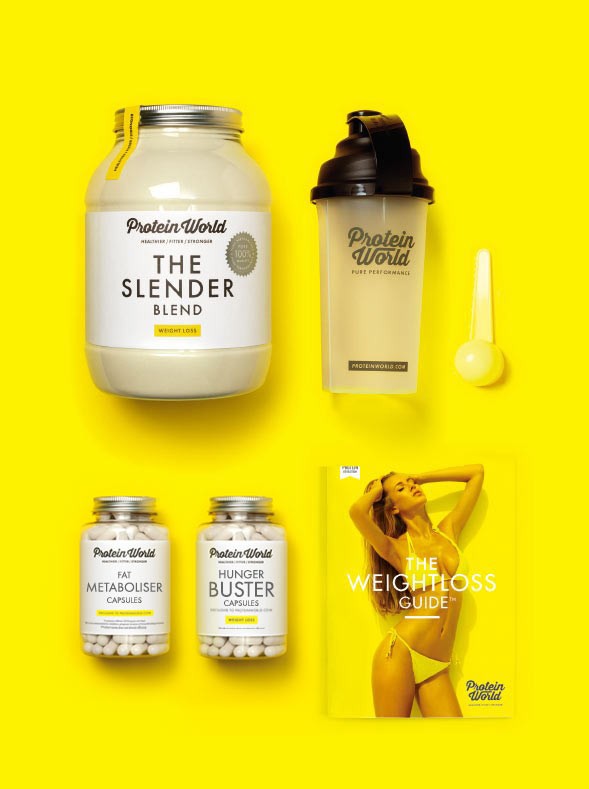 The company, which sparked ‘fat shaming’ protests with its ‘Beach Body Ready’ advertising campaign, sells its £20 a jar Slender Blend with up to a third less protein than claimed as well, it is alleged.

The Surrey-based firm, whose products are promoted by the likes of reality stars Ferne McCann, Chloe Sims and Lauren Pope, is now being investigated by Surrey Trading Standards.

It follows claims by The Sun newspaper that two sets of independent tests by experts found the labels on the Slender Blend range to be inaccurate.

Its new formula, introduced in February, had the same issues. Protein World claimed that it contained 21g of carbs per 100g, when tests showed it had 41g of carbs.

Added carbohydrates make it harder for slimmers to lose weight as quickly, while less protein makes them cheaper to produce.

Some of the alternative tests were carried out by Kent Scientific Services. Spokesman Jon Griffin said: “The declared nutrition information was outside acceptable tolerances of accuracy which is potentially misleading.”

A spokesman for Surrey Trading Standards, who will now carry out their own tests, said: “We will investigate Protein World because the reports show that this isn’t just a food labelling problem, it is potentially fraud and if we find them guilty then we will look to prosecute.”

Protein World, who also sell ‘Fat Melter’ tablets, insist the current labels match their own tests, but could face a fine of up to £40,000 if their labels are determined to be misleading.

The company, which boasts close to £3million in annual profits, is no stranger to controversy.

Run by fitness fanatic playboy Arjun Seth, 31, its recent Are You Beach Body Ready? Advertising campaign sparked fury among many women, who defaced posters with comments such as ‘How to Get a Bikini Body: Put a Bikini on your Body.’ Others posed alongside posters in their bikinis.

Mr Seth’s reaction was to brand the protesters ‘feminist terrorists’ who were ‘insecure’ about their own bodies. His sister Aruna, a business woman in her own right, also branded anyone opposed to Protein World as likely to be lazy and overweight.

According to the Mail Online, the controversy helped to increase sales by up to £2million.