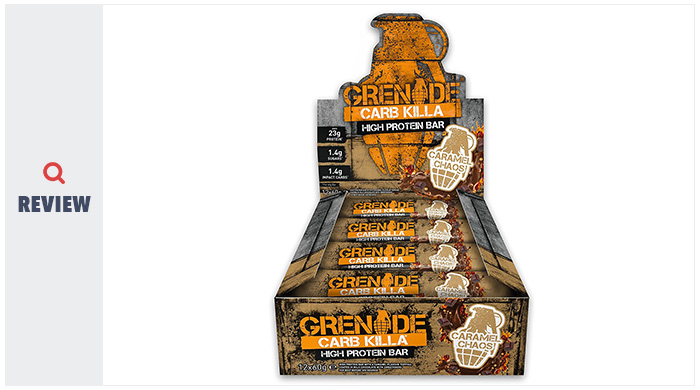 The Grenade Carb Killa® protein bar is Amazon UK’s number one bestseller in the Protein Bars, Energy & Nutritional Bars and Cereals & Breakfast Bars categories.  It’s no wonder they’ve earnt an impressive 4.5 star rating out of 5 from more than 1,500 reviews.

Here’s the interesting thing about the carb count in Grenade Carb Killa® protein bars. Grenade is one of the growing numbers of manufacturers who split carbs into high/ low impact, or active carbs.

On its Amazon UK page, Grenade says its Carb Killa® product has just 1-2g of high impact carbs (depending on flavour), but that’s not its total carbohydrate count.

In actual fact, Grenade’s Carb Killa® bars have between 13.5g and 16.9g of carbohydrates depending on which flavoured bar you choose. Grenade’s theory, however, is that only a minority — 1 to 2g — of them are considered the ‘unwelcome’ high impact carbs that can rapidly boost blood sugar and insulin.

The rest are low impact or non-impact carbs that help to maintain blood sugar and insulin levels, keeping them stable throughout the day and helping to control the amount of fat stored by the body. As such, so the theory goes, you can ignore the non- or low-impact carbs and only consider high-impact carbs when choosing which protein bar to buy. Plus, of course, it means you can supposedly claim it’s a ‘low carb’ bar.

That’s all well and good, but the problem is that there is no technical or legal definition of impact or active carbs. Experts say the science behind the impact carb theory is fuzzy, and it may or may not help with weight loss efforts.

While most manufacturers will subtract fibre and sugar alcohols from their total carb count, for instance, as they are considered to have minimal impact on blood sugar, some sugar alcohols may actually raise blood sugar.

Likewise, you are still getting the calories associated with ALL the carbohydrates and not just the high-impact ones, a fact which is often overlooked. As such, you are still consuming up to 223 calories per 60g Grenade Carb Killa® bar. If you’re on a 1,200 calories a day fat-loss diet, that’s just less than a fifth of your daily intake in one small bar. If you have two a day, that’s more than a third of your total calorie count.

It’s something to be aware of.

Caveat aside; it is fair to say that Grenade’s Carb Killa® protein bars are moderately higher in protein, and significantly lower in total carbohydrates, than similar protein bars on the market such as PHD Nutrition Protein Flapjacks.

Calcium caseinate is a protein derived from fresh skimmed milk, usually made of around 90% protein, and is considered one of the best quality protein sources available. Bodybuilders like it because it breaks down slowly in the body and, as a rich source of amino acids and minerals, provides a sustained release which can help to avoid the breakdown of muscle proteins (anti-catabolic). This slow release is in direct contrast to whey protein which is rapidly absorbed and digested.

Calcium caseinate also contains high quantities of L-glutamine, one of the key amino acids for muscle building, and also contributes to a feeling of satiety.

A protein bar with calcium caseinate is best used between meals and just before bed.

Whey protein isolate is a premium form of whey, with generally more than 90% pure protein, and virtually no fat, limited lactose and lower cholesterol. Whey protein is rapidly absorbed by the body and can spark protein synthesis – the process used to build muscle – as quickly as 40 minutes after digestion. As such, whey protein isolate is often a popular post-workout choice. 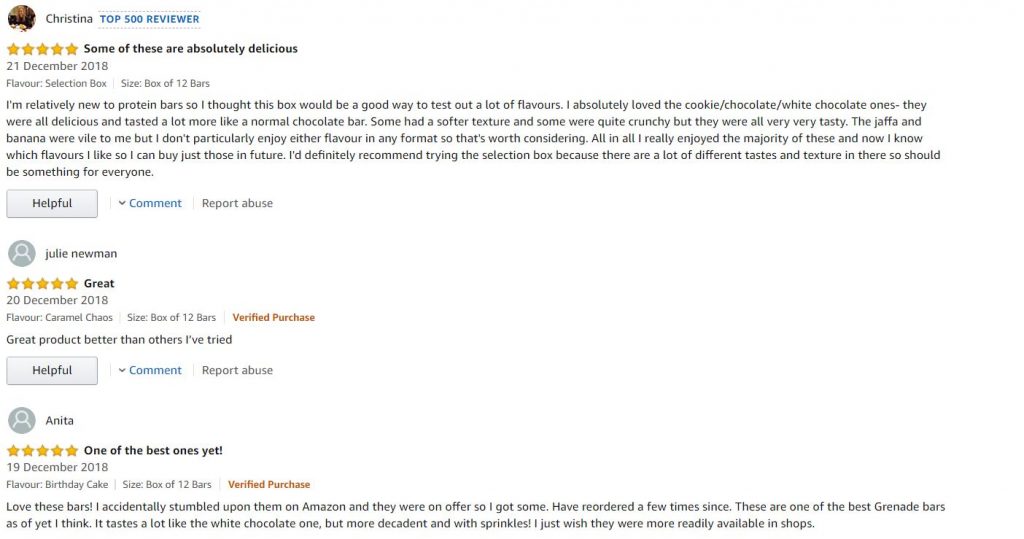 The manufacturer says Grenade Carb Killa® is appropriate for anyone on a low carb diet who wants to avoid sugar and processed carbs. It is also suitable for anyone wanting to gain lean muscle mass, via a high protein, low carb snack. Bodybuilders on a serious ‘bulking’ diet may also find Grenade Carb Killa® suitable if supplemented with other high carb and mass gain products or supplements.

The Grenade Carb Killa® can be eaten at any time of the day, as a snack between meals or as a post-workout treat. The manufacturer says it is a suitable pre, intra or post-workout snack, and/ or before bed, but you should not eat more than two bars a day.

Grenade warns that excessive consumption of Carb Killa® may cause laxative effects, because of the polyols included in it. Some people may also have an allergy to casein, while others may be intolerant to the lactose within it.

The bars may contain eggs, sesame seeds, nuts, and peanuts, and are made in a facility which also processes gluten, though the bars contain no gluten ingredients.

While we remain somewhat sceptical of the low-impact/ high-impact claims about carbohydrates and wait to be convinced by the science, it’s fair to say that Grenade Carb Killa® is still a pretty decent high protein, low(ish) carb option.

Each 60g bar hits the protein sweet spot recommended by experts of between 20-25g of protein and the total number of carbs included (between 13-17g) is low enough to aid weight loss when part of a calorie-controlled diet.

It has a pretty dedicated following too, with many fans eager to sing its praises, and as such we are happy to recommend this product.