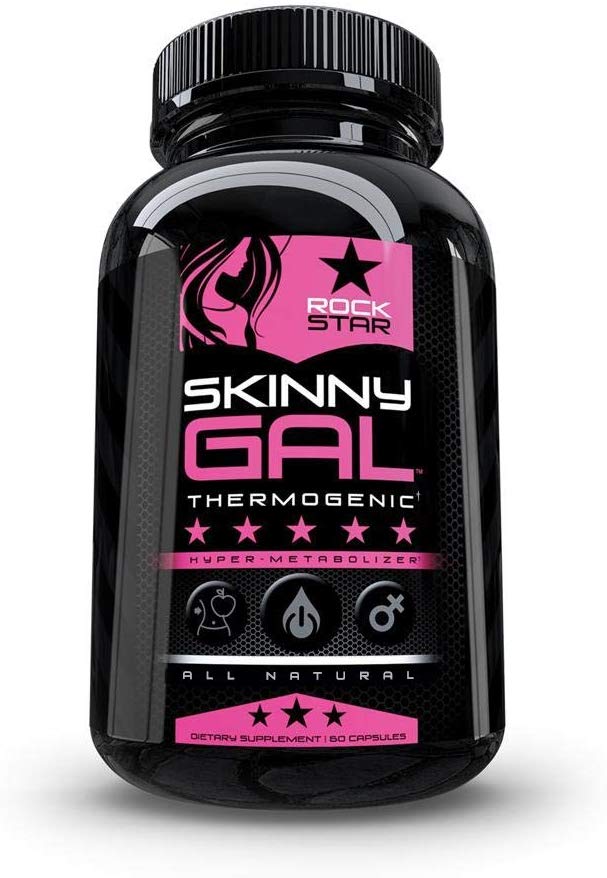 Naming a weight loss supplement “Skinny Gal” is just asking for trouble in this day and age, but Rockstar have gone and done it anyway. Brave or stupid? We’ll probably find out at some point in the future! But it is undeniable that this supplement is already standing out from the crowd, even if it is down to steering into the skid. Fat burning supplements have been controversial for a while, so why not go the whole hog and choose a controversial name?

The idea behind this supplement is to help you burn fat by combining two approaches. Increasing your metabolic rate with ingredients such as caffeine (thermogenesis) as well as suppressing your appetite. Making it easier to stay on a diet. This will help create a calorie deficit, it will increase the calories you burn, and help you to consume less calories. Provided it works of course!

In this article we are going to be taking an in-depth look at Skinny Gal by Rockstar, a thermogenic with appetite suppressant qualities. We will look at the ingredients, assess the claims made, see what the customers themselves are saying, and ultimately decide whether Skinny Gal is a supplement worth spending your money on or not.

There are a LOT of ingredients contained within Skinny Gal by Rockstar. Most of these are kept within a proprietary blend though, meaning we don’t know how much of each ingredient is present. This makes it difficult to properly review the product; how do we know whether an ingredient has 1mg, 10mg, or 100mg in each serving? We don’t. Which means we can’t say whether that ingredient is going to be effective or not. 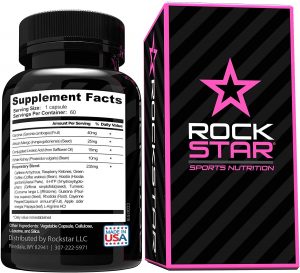 This is a fruit extract that is insanely popular among fat loss supplements, because of a study on rats that showed that it reduced food intake and prevented weight gain. Sadly, as this examine.com article points out the way that it works will be beneficial for rats but not humans. [1]

As the article points out “it is still commonly sold as a dietary supplement in part because it is cheap to produce and not everybody knows of its demonstrated failures in humans”. In short, its effects will be so mild that it doesn’t influence humans any better than a placebo. So, not a great start!

There is some (very weak) evidence that African mango seed can lead to a slight reduction in weight, but the studies that have found an effect have all been funded by supplement companies so you have to be sceptical. The theory is that it may work by suppressing appetite, possibly due to it being high in fibre.

Unreliable evidence as to whether this works or not, let’s just say that to date there are no credible studies that have found CLA to be in any way effective at burning fat or suppressing appetite.

This ingredient is kind of interesting, as it appears to work as a carb-blocker. This doesn’t mean that you can eat as many carbs as you want without worrying about the calories (but how awesome would that be?). All that it means is that your ability to absorb starches would be reduced. Taking white kidney bean extract may help to reduce the calories of a starchy meal slightly. We’re not talking big changes, but every little helps, right? White kidney bean extract may also help to prevent colon cancer. 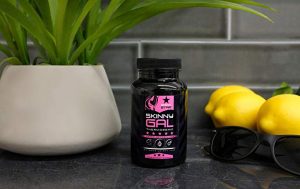 So, there you have it. There are a few decent ingredients in Skinny Gal – caffeine, guarana, cayenne pepper, rhodiola, green coffee – but they’re crammed into a 235mg proprietary blend alongside another seven ingredients that do little to nothing for fat burning or weight loss. There’s very little chance that any of these are adequately dosed enough to work.

Plus, Rockstar waste another 80mg on further pointless ingredients (garcinia, African mango seed, CLA). Get rid of these, boost your effective ingredients more – AND TELL US YOUR DOSES – and we’ll be more favourably inclined to rate you well. Add a proven tried-and-tested appetite suppressant ingredient like glucomannan, and we might even be impressed.

Unfortunately, Rockstar have done none of those things and seems to prefer instead to rely on all filler, no substance, and a LOT of hype.

The reviews of Skinny Gal from Rockstar on Amazon are phenomenal. So much so that we thought we would check out the trustworthiness of the reviews using reviewmeta.com. [6] Turns out 56% of the reviews were classed as “potentially unnatural”. Bringing an average score of 3.9 out of 5 stars (5,209) down to 3.6 out of 5 stars from 2,266 reviews.

The website reviewmeta.com looks for unnaturally written reviews, phrase repetition, suspicious reviewers, and ratings trends to analyse whether there are fake reviews that have been planted on Amazon. Needless to say, a 56% fake review score is pretty poor. Now, we can’t say for sure whether these reviews are fake but considering how poor this product is it wouldn’t surprise us!

After reading 20 reviews that all say, “it gives me energy” and mention 30lbs or more of fat loss, we’re certainly not sure how real these are. No fat burner is going to lead to 30lbs of fat loss on their own, and an ethical company will point out that diet and exercise are the main drivers of fat loss; a pill will only contribute that extra 5-10%.

Due to the nature of the product, Skinny Gal should not be touched by anyone who is pregnant. Particularly considering that one of the ingredients has been traditionally used for inducing abortions!

It’s hard to say whether there will be any side effects though, as we have no idea how much caffeine, cayenne pepper, or green coffee there is in each serving. We’d say not much though, as the proprietary blend is only 235mg. If most of the blend is caffeine (and we’re not certain it is) then you could potentially expect headaches, nausea, heart palpitations, and flushed skin.

You are instructed to take one capsule each day just before a meal.

This product is aimed at women, younger women in particular. Pregnant or nursing women are encouraged to avoid it (sensible). There is nothing stopping older women from using this supplement, but the packaging and name are clearly aimed at a young demographic.

Amazon is the best place to source Skinny Gal, though we have also seen it available on eBay. Not that we’re prejudiced, but the idea of purchasing supplements on eBay feels super sketchy to us! Probably best to stick to Amazon if possible.

Conclusion on Skinny Gal by Rockstar 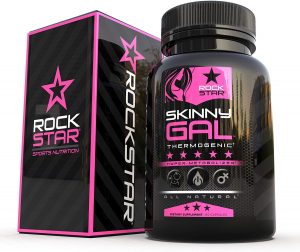 We don’t like product assassinations, but this really is the absolute worst of its kind. Hiding most of its ingredients behind a proprietary blend. Under dosing ingredients, using ingredients such as CLA and Garcinia, which have been proven not to be effective. Then packaging it all up in a product that is literally called “Skinny Gal” and hyping it up. Awful!

We’d like to support products designed for women in a male-centric supplement industry, but we just can’t recommend this one. Having a ‘cool’ name and throwing in buzz-sounding ingredients regardless of whether they work or not does not convince us of the product’s integrity.

Do yourself a favour and spend your hard-earned money elsewhere!