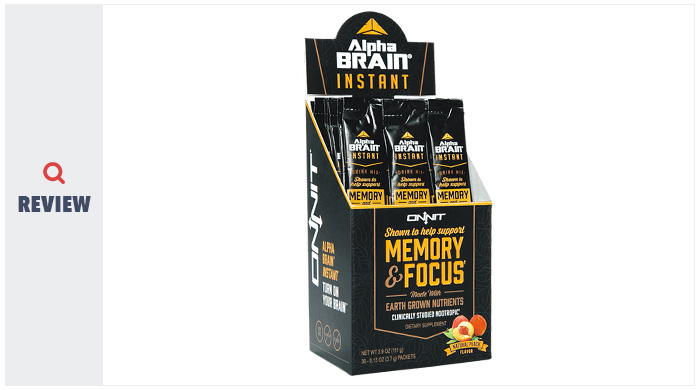 The manufacturers of the extremely popular Alpha Brain nootropic capsules have added another top string to their bow — Alpha Brain Instant, a ‘get s*** done’ nootropic drink.

Including all the same ingredients that made Alpha Brain so successful, plus even more, Alpha Brain Instant is a 3.7g drink mix packet that allows manufacturers Onnit to expand on the original Alpha Brain formula.

Let’s take a look at the ingredients 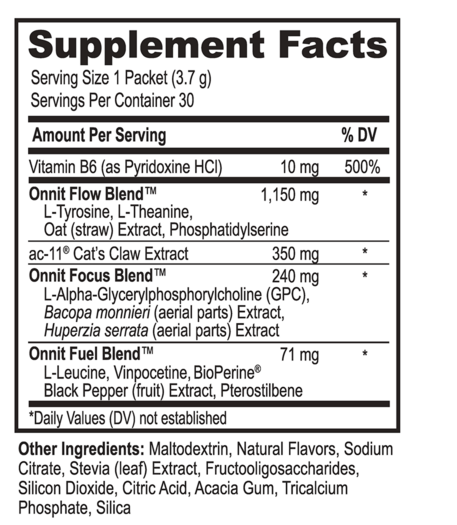 If there is one complaint about the original Alpha Brain, it’s that dosages of some of its ingredients may be too small to be clinically effective. We say ‘may’ because we have no way of knowing exactly how much of anything goes into Alpha Brain, thanks to its use of proprietary blends. These blends conceal the exact dosages of ingredients, leaving us to guess at their potential effectiveness.

The big benefit of Alpha Brain Instant, of course, is that you have more room to increase the dosages involved, so it becomes less of an issue. That, plus an impressive new ingredient, is the prime reason Alpha Brain Instant beats its original older brother.

Let’s look at the blends in more detail:

Here’s the biggest difference to the original. Alpha Brain Instant’s Flow Blend almost DOUBLES in size from 650mg in the original to 1,150mg, which should be enough to allow all four ingredients to reach clinically effective dosage.

This is really the heart of Alpha Brain Instant, its ability to influence Alpha brain waves and create a state of ‘wakeful relaxation’. L-Theanine (helps to create a feeling of contentment without sedation) and Oatstraw help towards this end.

L-Tyrosine helps to give a mental boost when stressed, over-tired or multi-tasking, clears brain fog, and improves memory. The final ingredient, Phosphatidylserine, aids with memory, speed of recall and mental clarity.

As the name suggests, this is the part of Alpha Brain Instant that helps you to focus, and while the ingredients are all effective, they could be better. We prefer Citicoline to Alpha GPC; both are sources of choline but we find the former to be more effective. Likewise, while we don’t know the exact amount of Bacopa in here, we suspect it may be sub-par and not quite good enough to hit clinical dosage.

So far, we have ingredients to reduce stress, engender relaxed alertness and focus. Now we add fuel to the mix…

Here’s the raw power… Vinpocetine to improve blood flow to the brain, bringing it the fuel it needs, and Pterostilbene to form new neural connections and potentially improve cognition. For some reason, the Fuel Blend also adds L-Leucine which is not a nootropic and a bit pointless here, we reckon. But it’s the final ingredient that excites us.

Alpha Brain Instant’s extra ingredient is Bioperine ®, black pepper extract, which can potentially boost absorption (and therefore effectiveness) of ALL other ingredients. Yes, it can be that potent, which is why we’re surprised more nootropic stacks don’t contain it. It’s a great addition to the nootropic drink mix, and a big advantage over the original formula.

There are just two final non-blended main ingredients common to both Alpha Brain and Alpha Brain Instant, and that is vitamin B6 (a shortage can reduce the amount of neurotransmitters in the brain) and AC-11, Onnit’s patented form of Cat Claw herb.

AC-11 is Alpha Brain Instant’s star ingredient. Onnit promise AC-11 can repair DNA damage caused by age and stress AND improve cognitive function. We give it potential for the first – there is some evidence that it can repair DNA – but so far there is NO evidence that it can boost cognitive function in anyone that isn’t already suffering from cognitive deficit caused by age. We’ll say that again: So far all research done on AC-11 suggests that it may be effective for age-related brain issues ONLY.

If future research demonstrates that it can work for pretty much anyone at any age, then Alpha Brain might well become a nootropic world leader. For now, however, the hype about AC-11 is a lot of song and dance about nothing. 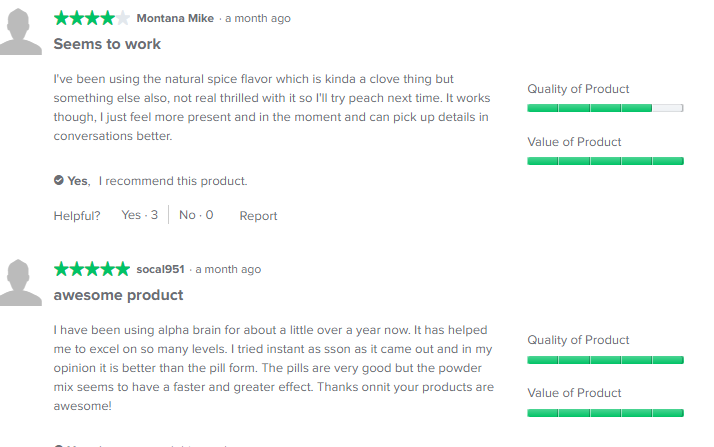 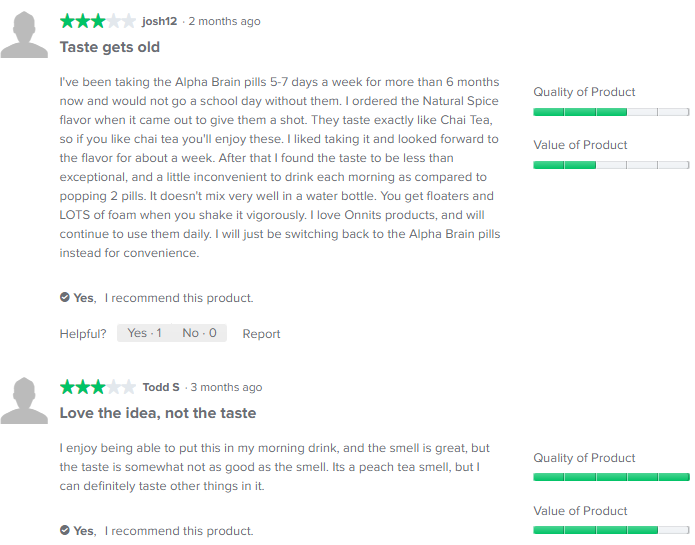 Alpha Brain Instant isn’t likely to have many side effects. The original formula has been around for years without any big issues, and the product is also stimulant-free. Likewise the clinical trials of original Alpha Brain haven’t shown any adverse effects.

Only advised for people aged 18 and over. Anyone with a medical condition or pregnant or nursing women should seek advice from a doctor before taking.

Take one packet a day mixed with 8oz of cold water, preferably with a light meal. Do not exceed more than one packet in 24 hours.

Despite its flaws, the original Alpha Brain formula has sold 40 million capsules at the time of writing. If that’s not evidence that it works and people are satisfied, we don’t know what is. Alpha Brain Instant is set to work even better, thanks to its dosages upgrade and new Bioperine ® ingredient.

It is fair to say that Alpha Brain Instant has inherited the formula flaws of the original Alpha Brain – less than premium versions of good ingredients, lack of standardised herbs, hidden dosages and a very questionable star ingredient.

The good news is that Alpha Brain Instant is a definite upgrade. By almost doubling the Flow Blend dosage and adding Bioperine ® to enhance absorption, it should have significantly improved its effectiveness. It’s a step in the right direction for the Alpha Brain brand.

In addition to being a solid nootropic stack, Alpha Brain Instant has also proved itself a smarter option for anyone wanting an energy drink free of stimulants.

Onnit might need to address the taste and the flavours available, however, if they want to keep customers coming back.