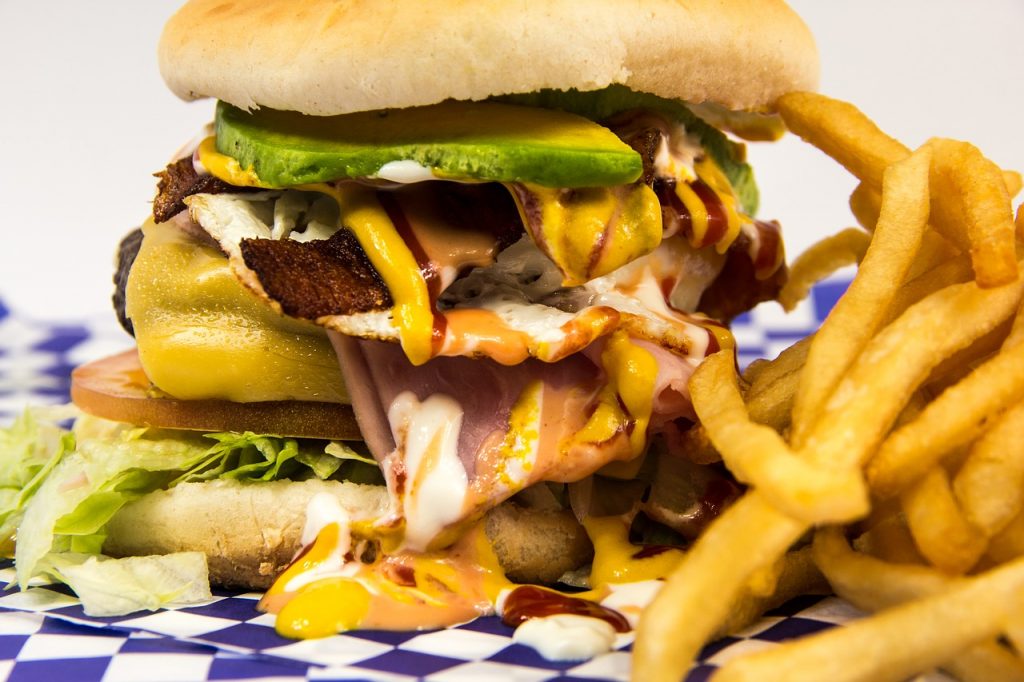 Scientists have discovered the reason we continue to eat food even when we should be full.

Doctors have long wondered why the desire to eat often overwhelms the signal from our brains that we are full, and now they know the answer – it’s literally a battle between two neighbouring groups of brain cells.

One group of cells tells us to stop eating, but the other drives us to continue. The latter seems to be more powerful.

In short, our satiety signals, the signal the brain sends to say the body has eaten enough, just can’t compete with our evolutionary urge to eat.

I’m sure you know the feeling. You’re in a restaurant, nicely full, but your food is just so tasty that you don’t want to stop eating – so you don’t. If this happens on a regular basis, it can become a problem.

The World Health organisation warns that 39% of adults around the world are overweight and 13% are obese. Being overweight carries significant risk of developing conditions such as type 2 diabetes, cancer and cardiovascular diseases.

The eating study, recently published in the Proceedings of the National Academy of Sciences, was carried out on mice, but scientists believe it should help us to understand the same overeating issues in humans.

The neurons examined were in the hypothalamus, the brain region involved in the control of ‘motivated behaviours’.

Scientists already knew that POMC neurons act ‘like a brake’ on eating, while AgRP cells act like an accelerator, but until now they didn’t know how the two groups interacted.

Now they do. Their research revealed that when POMC cells and AgRP cells are activated at the same time – break and accelerator – the latter wins the battle.

Let’s stick with the car analogy for a while. If you’ve ever accidentally gunned the accelerator with the hand brake on, you’ll know that the car still moves even though it shouldn’t (and even though it makes a heck of a noise).

The accelerator really is that powerful, and so are the AgRP cells in the brain.

“When both are stimulated at once, AgRP steals the show,” says neuroscientist Prof. Huda Akil from the Department of Psychiatry at the University of Michigan Molecular and Behavioral Neuroscience Institute.

In contrast, when only POMC cells were activated, the mice in the experiment experienced a rapid and ‘significant decrease’ in their eating.

The POMC and AgRP interaction extends much further than the direct cells involved. Researchers discovered, for instance, that activating AgRP also turns on the brain’s opioid system – the part of the brain that controls pain, reward and addictive behaviour. A possible reason why some people experience addiction to food. Giving the rodents an opioid receptor blocker (drugs to repress the opioid system) stopped the feeding.

“This suggests that the brain’s own endogenous opioid system may play a role in wanting to eat beyond what is needed,” says Prof. Akil, who suggests further research would be beneficial.

Considering the opioid system’s potential involvement in overeating, Prof. Akil speculates that the bombardment of the senses – sight and smells relating to food – as well as our social interactions around food, could trigger overeating.

Prof. Akil theorises that these elements make us interested in eating even when we’re not hungry, and already the battle between ‘stop’ and ‘keep going’ is lost.

Opioid receptor blockers are currently being investigated as potential diet aids, but Prof Akil says more research is needed. While researchers traditionally look at the metabolic aspects of overeating, she warns that few are looking at the neural system, which appears to be linked to emotional, social and perceptual triggers.

“There’s a whole industry built on enticing you to eat, whether you need it or not, through visual cues, packaging, smells, emotional associations,” says Prof. Akil. “People get hungry just looking at them, and we need to study the neural signals involved in those attentional, perceptional mechanisms that drive us to eat.”

Looking for an Appetite Suppressant?

Opioid receptor blockers aren’t yet available as diet aids and more research is needed. So, if you want an effective weight loss supplement that can help to suppress the appetite – and give those ‘stop’ signals a boost – what should you look for?

Instant Knockout – a fat burner with a punch, contains glucomannan and cayenne pepper.

Hourglass – the intelligent woman’s fat burner, contains glucomannan, cayenne pepper and guarana (suppresses the appetite thanks to its caffeine content).