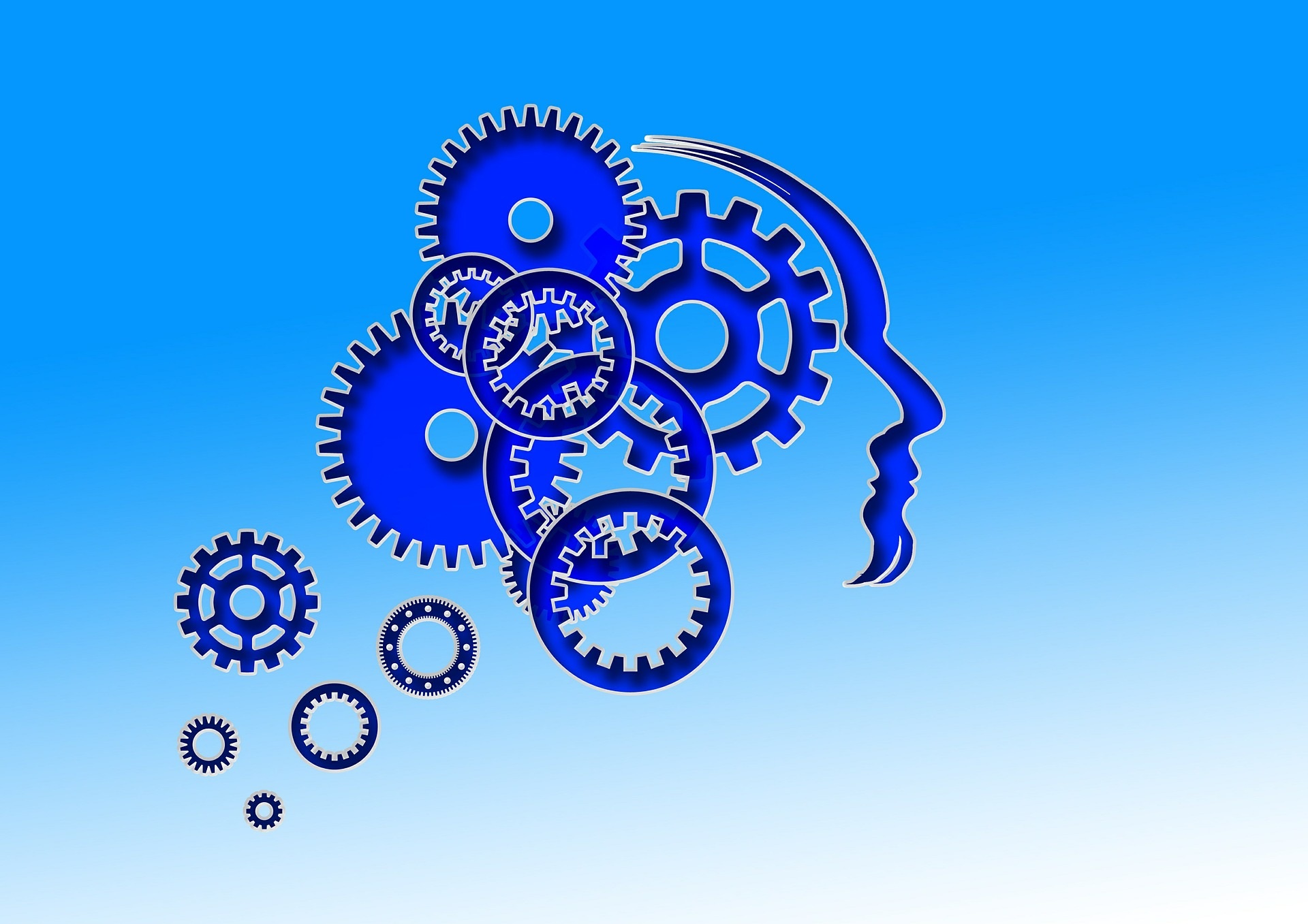 You could say that nootropics are the latest buzz, but the truth is that they have been around for at least half a decade in one format or another.  Here we answer a few of your nootropics-related questions:

What Are Nootropics In a Nutshell?

The premise behind nootropics is simple, albeit powerful and emotive – nootropics, natural or synthetic, act as cognitive enhancers, boosting the brain’s natural ability to concentrate, remember, recall, focus, multitask, learn and motivate. As such, they are popular with students, entrepreneurs, working mothers and powerful CEOs alike, along with many others.

If we told you that a particular nootropic could make you 50% cleverer, you’d probably join the stampede to the shops, wouldn’t you? Well, take it from us – if anyone does ever make that claim, they’re lying.

No nootropic can increase your IQ. What they can do, however, according to numerous studies and research, is kick start an improvement in certain cognitive abilities.

You won’t find one nootropic that promises to do everything, however. Some nootropics affect memory, others help you deal with stress and mood. Different nootropics are best for motivation, or learning or attention and more. It’s best if you know what area of your brain you want to boost before choosing the best nootropic for you.

Some nootropics even help to maintain overall brain health, while others are being investigated for their potential role in tackling diseases such as Alzheimer’s and Parkinson’s.

What Substances Count As Nootropics?

The first thing we should mention is that nootropics aren’t necessarily drugs. They can be, we’ll come onto that in a moment, but they can also be naturally-occurring. Think vitamins, minerals and herbs such as Gingko Biloba, fish oil, and Lion’s Mane.

Each ingredient may play one specific role in influencing certain bio-activity, such as memory. Some may improve memory recall, while others boost memory formation. Other nootropics may do both and more, or something entirely different.

The flower Bacopa Monnieri, for instance, long used in Ayurvedic medicine, is known for its ability to improve memory retention, restoration and formation, particularly influential on working and spatial memory. It also acts as an antioxidant to protect the brain from free radicals. In contrast, L-Theanine, an amino acid found in green tea, is best used to reduce stress and anxiety in order to improve focus and alertness.

Citicoline, a source of choline, a natural nutritional supplement that is also found in the body, is needed for grey matter to form in the brain. Boosting it helps to enhance the brain, bringing with it the ability to mentally process things faster, think quicker and concentrate better, as well as boosting memory.

As well as natural nootropics, there are also synthetic ones. The very first nootropic, Piracetam, was made in a lab and was a breakthrough in our understanding of cognitive enhancers (and inspired the very definition of nootropics). It has encouraged numerous derivatives, all of which share a similar chemical makeup to Piracetam and work in the body in a very similar way (read on for an explanation), hence the term racetams.

Racetams are cognitive enhancing synthetic drugs grouped together because of their similar chemical structure. If you really want to know the science, they have a two-pyrrolidone nucleus comprised of oxygen, nitrogen and hydrogen, and their similar structure means that they operate in effectively the same way.

They do vary in potency, dosage and strength, however, with Pramiracetam being up to 30 times stronger than Piracetam, as an example.

The racetams share a significant purpose with the natural herbs, vitamins and minerals mentioned above. They won’t make you smarter per se, but they will help you to use your God-given cognitive talents to a fuller potential. And maybe prevent them from deteriorating with age.

Of course, some people would argue that stimulants also help you to focus and concentrate, and who hasn’t used a cup or two of coffee when they need a pick-me-up?

Are Nootropics the Same as Stimulants?

According to C.E. Giurgea, the researcher who discovered nootropics in 1972, genuine nootropics should have very few, if any, side-effects and shouldn’t be toxic. This is a key point that shouldn’t be glossed over.

Many stimulants, drugs and man-made substances claim to improve the memory or prevent its decline, likewise to boost overall brain power, but these come with a negative – they have potentially significant side-effects. Nootropics are not stimulants, and shouldn’t bring the risks associated with them such as insomnia, anxiety and the jitters.

This fits with the rest of the definition which states that nootropics should promote brain health and resist injury or diseases which threaten it.

Can You Combine Nootropics?

Yes, you can combine nootropics in a ‘stack’.

If you want a supplement that does more than one thing, maybe even more than two or three things mentioned above, you will probably need to opt for a nootropic ‘stack’. These are supplements or products which put several nootropics together in order to tackle more than one area of cognitive ability. Their exact function will depend on the ingredients.

Nootropic stacks not only allow you to boost more than one area of cognitive function, but certain nootropics combine so well with others that they become stronger together. So nootropic stacks can be much more powerful than individual nootropics alone.

You can buy these stacks ready-made – we will review a fair few on this website – or make the stacks yourself. The former is easier (all doses are already worked out for you), but the latter offers more flexibility. Read up a lot more on nootropics before you choose to do it yourself.

How Do Nootropics Work?

Right, now it’s time to get down to the science. How do nootropics actually work? How can you take a supplement and improve your attention span, or memory, or focus?

Nootropics operate in a couple of fundamental ways, but the majority of them work in a similar broad sweep manner by influencing the neurotransmitters in our brains.

Think of the brain as a pathway of neurons which all need to talk to one another to keep the brain functioning. Neurotransmitters, as the name suggests, ‘transmit’ signals between these neurons, improving communication. The more neurotransmitters you have, the better the communication, which in turns leads to longer attention spans, improved memory, faster mental processing and more. It’s similar to increasing the RAM on your computer; everything just works more efficiently. 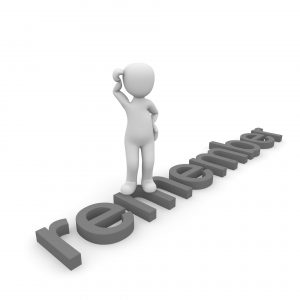 There are more than 100 neurotransmitters in the brain, each with their own particular role to play in the greater whole. You’ve probably heard of some – dopamine, serotonin, epinephrine (adrenaline) and norepinephrine. There’s also another crucial one, acetylcholine.

Different nootropics work on one or more of these neurotransmitters, either encouraging the brain to produce more of the substance, or helping it to avoid deterioration. Piracetam, for instance, influences acetylcholine, which aids plasticity of the synapses, helping them to link up better. Brain functions such as memory are comprised of matrices of synapses and how well they link determines how effective the memory is.

In contrast, the plant Rhodiola rosea influences and boosts the level of serotonin and dopamine, as does vitamin B6.

Other nootropics also act as a raw material helping the brain to repair or maintain brain cells, and some, such as the naturally-occurring alkaloid Vinpocetine, act as vasodilators, increasing blood flow to the brain. This is significant because it reduces the stress on brain cells when they are oxygen deprived.

Do Nootropics Have Any Side Effects?

If we recall the definition of nootropics, it states that they should be low in side-effects and virtually non-toxic. That doesn’t mean they are 100% safe in all situations, however. Most side effects of nootropics either occur because users don’t know enough about the topic to choose an effective stack (our reviews will help you decide), or take too much of a particular substance.

Certain synthetic nootropics such as those in the racetam family may also have some contraindications when mixed with alcohol or other medications. Piracetam, for instance, may heighten the effects of alcohol.

It’s hard to give a definitive answer to the question of whether nootropics are addictive because there are dozens of nootropic supplements and substances on the market and the one-size-fits-all answer does not apply here. Likewise, what seems benign to one person may affect someone else differently.

It is accurate to say, however, that as a general rule genuine nootropics carry very little risk of addiction. Some may even continue to boost overall brain function once you stop taking them.  It follows, therefore, that you shouldn’t experience withdrawal symptoms when you discontinue use, though you may suffer from a little ‘brain fog’ until your brain gets used to the new normal.

Are Nootropics Legal in the UK?

This is a bigger topic than we can really go into here, but as nootropics should be safe and non-toxic by definition, most are freely available in the UK and the rest of Europe, the U.S., Canada and Australia, as well as elsewhere in the world. There are, however, more than 100  substances that qualify as nootropics and they cover the entire gambit of vitamins, minerals, herbs, supplements, synthetic and prescription (and non-prescription) drugs, so it’s just not possible to qualify them all under one umbrella.

Nootropics are in a bit of a no-man’s land of regulation as a result and are not formally recognised as a class of drugs, therefore not formally approved in many cases. Yet most are legal and available around the world. The law only tends to get strict around the importing, sale and marketing of such substances, which shouldn’t affect you as a user.

The situation in the UK, however, is a little more confusing after MPs recently passed the Psychoactive Substances Bill, designed to ban ‘any substance intended for human consumption that is capable of producing a psychoactive effect.’ This may include harmless nootropics, but no one has yet specified the exact position on that. Until they do, it seems to be all systems normal.

What Are Smart Drugs?

You may have hard of ‘smart drugs’, commonly confused for nootropics.

Smart drugs are drugs commonly prescribed for one purpose, ie, ADHD, which are used off the books as cognitive enhancers. Many students, for instance, use narcolepsy medicine Modafinil or ADHD drugs Adderall and Ritalin to boost concentration and performance.

Many people swear by their effectiveness, but these are not genuine nootropics because many carry significant side effects or dangerous risks. That doesn’t stop people from confusing them with nootropics, however, but we would advise you to steer well clear.

How Can I Choose the Best Nootropic for Me?

The upshot of all this information is that it is best to know your stuff before you start using nootropics, if only to ensure you opt for the best supplement or nootropic stack for you. Our independent reviews are here to help you do just that.